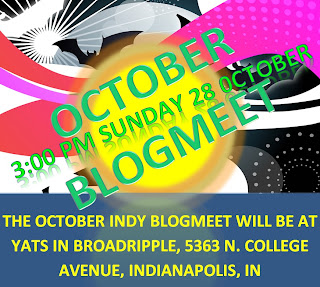 But what to write about?  Thing One's football career?

Well, I played football when I was younger (it was mandatory in small coal-mine towns on the prairie, as was the fashion at the time.)  I liked it a lot, as a sport to be played, but I never really built the kind of passion that most people in my small town can work up over it. I'm not a "Sports Booster," and I don't really remember the highlights well enough to sit around and do the Al Bundy thing.

Still, last year, as their junior year of high school began, both Thing One and Thing Two were determined to join the football team.  To be honest, I never cared whether they played football; it was a lot of fun when I did it, and I did get some benefit, but it's not the molding of young gentlemen that so many people seem to think.  On the other hand, I'd like them to be able to make their own decisions about things like that, so I wasn't opposed to their football aspirations per se.  My objection was to shelling out time and money for yet another team or activity that would end when they either quit or were told not to come back.  Their record so far had been dismal:


Perhaps you can imagine my confidence.
We made a new plan for high school football.  Both boys were allowed to join the team, but each was entirely responsible for himself.  Each had to pay his own expenses up front; if he couldn't afford that, he could either earn more money or quit.  Each was responsible for getting himself to practices and games; we didn't say we would never drive them to the field or remind them not to be late, but it would never be our responsibility.  And each was absolutely responsible for his own behavior.  If his time, money, blood, sweat and tears went to waste because he just had to fight or quit or whatever, that would be his problem, not ours.  In return, I promised that on the last day of football season, given an itemized list of their expenses, I would reimburse them--IF they were still members of the team.

Thing Two is much the bigger and stronger of the two, but also the most reluctant athlete, and he was further hampered by a deeply personal hatred of the school's head football coach.  He hemmed and hawed, skipping meetings and a few early workouts, before deciding to cut his losses last spring.  I think that was the right decision for him; he was really on the team only because he thought he would prove that he "could do it" to the inevitable small-town teenagers who thought they were better than he was.  None of them are editing their third novels, as far as I know, so it seemed to me that Thing Two's real interests were elsewhere.  The best fatherly advice I could figure out was this:
"Look, if you really enjoy playing the game of football so much that you want to do mostly that for the next few months, that's fine.  But if you don't love playing the game, you're going to hate this.  Don't give up your time and punish your body unless you have your own reason.  There's no proving anything to haters."

Thing One, on the other hand, has never wanted anything as badly as he wanted to be a football player.   Unfortunately, starting to play football as a high school junior around here is a little like being chosen as Tribute from District 12; everybody hopes for the best, but the careers have been training for this their whole lives.  He was and is the smallest person on the varsity team, but what he sees is that he's on the varsity team. I haven't always been impressed with his coaches, but he loves them and they do show that they care about how his life turns out, even though he's not in a position to help them win football games right now.  He's had to moderate himself and bring himself under control, and he's had to suffer the consequences of his own decisions.  He's quit and rejoined twice, and at the beginning of this week, he decided to settle his feud with another player by inviting him to an unfair fight in the parking lot in front of a scattering of parents waiting to pick up their young men.  How he avoided being cut from the team for that, I don't know, but he made amends and he's still there.  I'm proud of him.

Tonight, there's not much chance that he'll play.  But he wore his jersey to school today, and one of the girls will wear his other one, and he's proud of himself.  Tonight he'll stand on the sidelines and vibrate as he waits for a coach to call his name.  Four generations of my family will sit in the bleachers and cheer for his team, and Thing Two will stay home, writing and savoring the silence.  Will we all be where we belong?  I don't know, but we'll be where our choices put us.  That's pretty good for a small-town Friday night.