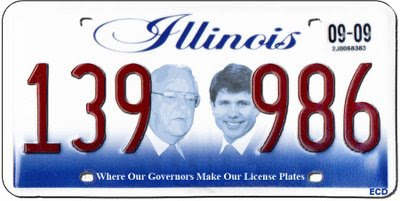 Now, again, I realize that these things may just be the byproducts of arrogance and stupidity. But I can't help but wonder whether there's a plan.

Because B HO has promised to replace all US Attorneys on day one.
On January 22, Fitzgerald will be unemployed and a Chicago Democrat will be the US Attorney in charge of the case.