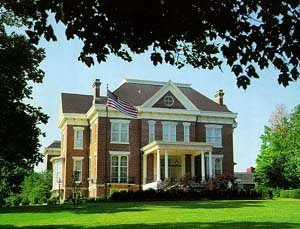 The sad thing about the whole spectacle?

You could be the cleanest politician in Illinois, and a call from Blagojevich's office under these circumstances would be the equivalent of being pushed onto the grenade.

If I was Blago right now, and had an IQ higher than the square root of -1, I would very publicly nominate the person I least wanted to see in the seat.

That's what I was thinking, but apparently Burris is jumping on this. I don't get it. I can see maybe wanting to be Senator, but surely he doesn't think he's going to be seated? Am I just naive? I don't see how it's possible for Senate Democrats to go back on what they've all said in public and seat anybody nominated by Blagojevich.

Some of the "progressives" are saying, "But it'll be so hard to turn down Roland Burris, because he's so respected!" I'm not buying that. Most people have no idea who Burris is. They haven't heard his name in the scandals lately, but that doesn't mean they're ready to jump up and protest if he doesn't get a Senate seat. Blagojevich's name is what matters, and it's poison.