This is what Montgomery Gentry looked like a long time ago, when I had all my hair and thought 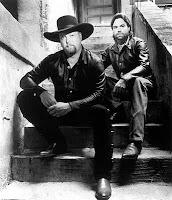 "Montgomery Gentry" was one guy's name:

Email ThisBlogThis!Share to TwitterShare to FacebookShare to Pinterest
Labels: Blogging