Chicago GRE: E.J. Dionne misses his own point in "Arm the Senate!" 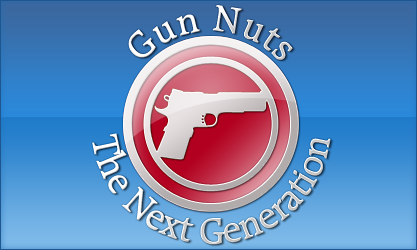 Also, it's Tuesday, and that means it's time for Gun Nuts: The Next Generation. Caleb and Breda are doing something new and pretty impressive tonight:

That's right guys - tonight on Gun Nuts Radio at 9pm we're going to be talking some Camp Perry, in addition to our news roundup and info session. We'll be joined by the Texas Highpower champion, as well as special guests from NRA, so don't miss out on the show this week.

We go live as usual at 9pm Eastern time at www.blogtalkradio.com/gunnuts - and we want to hear from you! New rule - for every new caller that has never called in before on the show, I'm going to donate $5 to NRA-ILA to help preserve our right to keep and bear arms. So join tonight's show and help keep us shooting for years to come! The call in number is the same as it's always been: 347-539-5436! Tonight at 9pm Eastern, Gun Nuts Radio - The Next Generation of Shooting Sports is here.

I don't think I've ever called in before, so I'm going to call tonight make an Obama Yes We Can donation. (That's where you claim to be donating, but you took the money from somebody else.)
Posted by Don at 11:27 AM