Days of our Trailers' Thirdpower has the story . . . . but here's what you need to know about the relevance of this particular band of malcontents before you get too much energy invested:

Maybe there are a couple hundred behind the cameraman (Michael Schmidt/News-Sun) but somehow, I think it more likely that the Three Amigas here were the entire protest. Meanwhile, Sebastian points out that this is the dumbest thing the Million Moms could possibly do. The odds that Rep. Washington is actually changing sides at this time are next to nil, but just because he abstained on a bill that wasn't going to pass with or without his vote (if he'd voted for it, it would have failed 56-60 instead of 55-60) they've decided to throw him under the bus and accuse him of corruption.
Good thinking.

And just so we all remember, this is what a political demonstration looks like: 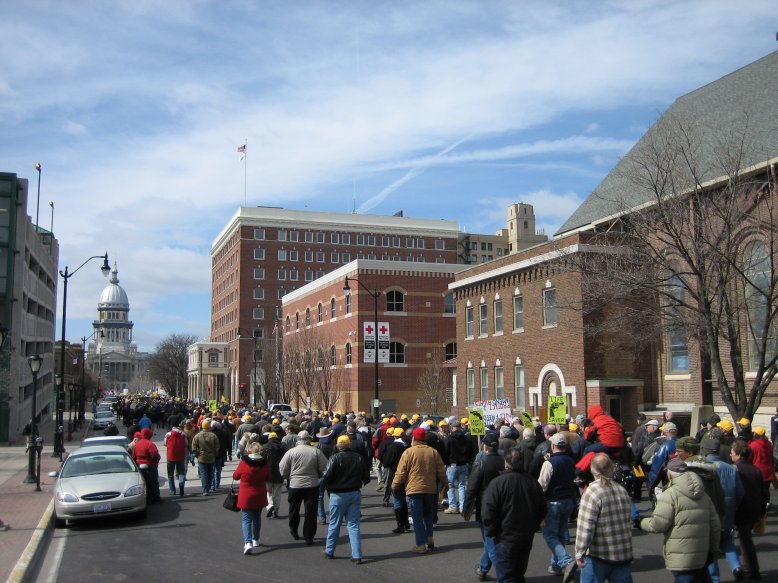